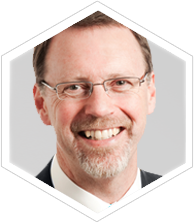 John studied medicine at the University of Otago and later went to Edinburgh to sub-specialize in hepatobiliary, pancreatic and gastro-oesophageal surgery under the tutelage of Sir David Carter. He was awarded a chair in Surgery in 2003, and became Head of Surgery at the University of Auckland in 2004. His interests in teaching laparoscopic surgery led to the development of the Advanced Skills Training Centre in Auckland. A new Postgraduate Training Centre was opened in 2004 with the goal of combining skills training with appropriate technology in a world class facility.

The experience with establishing these training centers, and understanding the costs and logistics involved in running them, led John and his colleagues to create the concept that became SIMTICS. They wanted students to be able to learn procedures anywhere and anytime, so both they and faculty could get more value from hands-on time at the training centers, and to make the facilities themselves more sustainable.

John is concerned to ensure that simulation technology is introduced with appropriate curriculum design and metrics. 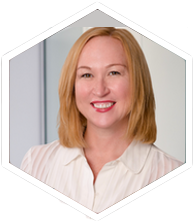 Some of Clancy's previous roles include: Founder of Cleverywhere, an educational gaming company that prepares students for standardized tests; VP of Global Core Platforms for Pearson, Chief Operating Officer and Co-Founder of the non-profit 20 Million Minds Foundation, and Founder of DynamicBooks, the e-textbook subsidiary of Macmillan Publishers. Outside of work, Clancy enjoys spending time with her family and their many animals. 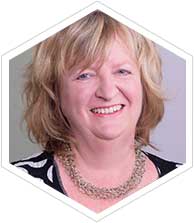 Cherry has been with SIMTICS since 2008 and brings a wealth of expertise to the company. She started out in education, then moved into the commercial world and worked in organizations of all sizes from multi-national corporates to startups, and in a variety of roles from consulting to C-suite.

Cherry spent much of her career in the IT industry in UK and NZ, and for 5 years was General Manager of the software solutions division at Gen-i, New Zealand's largest systems integrator. Ready for a change from the corporate world, she and her husband ran businesses of their own for 10 years, then in mid 2008 she was invited to join SIMTICS to help them scale to meet the needs of the US education market. Since then, in COO and CEO roles, she has helped to grow SIMTICS into a well-recognized healthcare simulation company with major institutional customers in the USA and beyond, and individual subscribers in over 90 countries around the world.

Cherry prides herself on her ability to spot talent and create a culture where people can achieve their best. Her greatest pleasure is that most people say that SIMTICS is the best job they ever had! 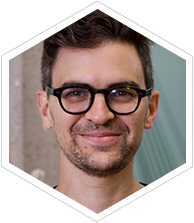 Jamil is a talented software architect and developer with over 10 years experience in developing solutions for large and small enterprises. He has extensive knowledge of 3D computer graphics and internet application platforms.

Jamil first worked with SIMTICS during the company's start-up phase, when he led the engineering development of our original PC-based product. He returned toSIMTICS in 2009 to lead the design, development, and ongoing enhancement of the new generation web-based platform, and integration with customer systems. He has also recently completed development of the mobile app for iOS. 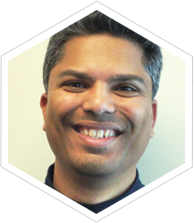 Dr Naidoo qualified as a specialist general surgeon in South Africa. He became a senior consultant and lecturer at R.K. Khan Hospital/ University of Natal and Clinical Director of the ICU at R.K Khan Hospital in Durban for 2 years.

Kevin has practiced in both the United Kingdom and New Zealand. He has special interests in laparoscopic work and trauma surgery and completed an advanced videoscopic training course in San Francisco. His passion for teaching led him to tutor the Basic Surgical Trainees at the Royal Australasian College of Surgeons ASSET Courses.

Kevin has been involved with SIMTICS since the early days, and played a significant role as Chief Clinical Editor during the development of the medical and imaging modules. He remains in an advisory role. 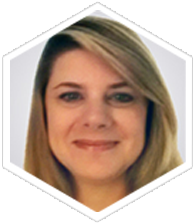 Shelly brings a wealth of experience to the SIMTICS team. She has been in the healthcare field for over 20 years, beginning her career as a Radiologic Technologist, and then moving into education where she became Program Director of the Diagnostic Medical Sonography & Cardiovascular Sonography programs at Career Education Corporation (CEC). Shelly has also worked in continuing education, overseeing the development of CE and professional development courses for a range of fields and individual topics in allied health education.

At SIMTICS, Shelly oversees all content development and content updates, manages the subject experts and clinical editors, provides QA, and also acts as a medical subject expert in several fields herself. Originally a customer of SIMTICS while working at CEC, she experienced the benefits of SIMTICS simulation-based training with her own students, and after leaving CEC she decided she wanted to be a part of the company as it moved forward. 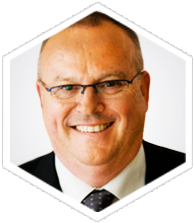 Peter has been involved with SIMTICS since late 2007, when he was asked to prepare a marketing strategy and soon after that was chosen to take on the position of CEO. At the time the company had been focusing on the UK market, but Peter saw a greater opportunity in the USA - which has now become SIMTICS' primary target market. He also won the largest deal in the company's history - a partnership with a US education corporation which enabled SIMTICS to develop 75 new modules and simulations for sonography, radiography and medical assisting.

Peter began his career as a nuclear physicist and worked in both UK and France, but his love of technology and travel enticed him into the global computer industry where he quickly found his niche in sales and sales management. He moved to New Zealand in 1988 and later became CEO of the NZ subsidiaries of international companies such as Silicon Graphics, Equant, and Nokia Networks.

Since joining SIMTICS he has developed a keen interest in the use of innovative technology in education, and enjoys helping to spread the word about the SIMTICS product. After stepping down as CEO, he still stays involved, acting as a global product evangelist. 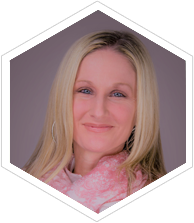 Jill joined SIMTICS in 2017 as the Customer Service and Training Coordinator. She holds a Bachelor of Science in Business Administration from the University of Missouri – St. Louis and has spent most of her career working in higher education.

Prior to joining SIMTICS, Jill held positions such as Corporate Director of Student Services, Continuing Education Coordinator and Online Faculty Operations Specialist. Throughout her career, she has gained extensive knowledge in customer service, organizational development, project management, as well as employee development and training. For the past 15 years she has also worked extensively with students, coaching them and sharing her passion for education to help them achieve their educational goals.

Since joining SIMTICS, she has truly enjoyed working with students and faculty all over the world and is proud to share the high-quality products that SIMTICS offers for allied health and medical education. 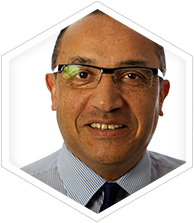 Gary is an experienced project and program management professional with over 30 years’ experience in a range of roles in start-up, corporate, and government organizations.

Since joining SIMTICS, Gary has used his proven track record of successful projects and programs to bring the geographically spread SIMTICS team members together across different timezones, building shared momentum and motivation to create new product offerings and enhancements. He particularly enjoys being able to apply his passion for technology and experience with change programs to help transform the way that SIMTICS creates and delivers their eLearning solutions.

IMPORTANT: By becoming a registered subscriber at www.simtics.com (the Site), accessing SIMTICS content or using the SIMTICS Service in any manner (free trial or paid subscription), you agree to be bound by all of the terms of use documented here, and any other terms or conditions of use communicated to you by SIMTICS from time to time.

IF YOU BEGIN A FREE TRIAL OR PURCHASE ANY SIMTICS E-LEARNING MODULE YOU ARE DEEMED TO HAVE ACCEPTED THESE TERMS OF USE.

Add this product to my cart

You need to be logged in to add an item to your cart.

Select an option below to continue.